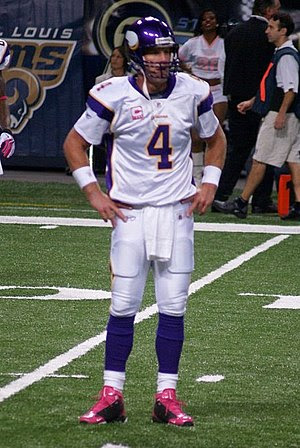 Welcome to the October 21, 2010 edition of the Sports Carnival Ecstasy.This time in the carnival we have a number of great articles starting with Eric Gargiulo who previews both the NLCS and the ALCS playoffs. Jeff takes a look at the AFL Grand Final in football, Seriously? While Chris Talone has a post title '8' in reference to College Football and Boise St. I for one and happy the big conferences were given some advantage in the BCS rankings. That's it for this carnival, come back next time.

Features of FAP Turbo Forex Robot presents How To Improve Tennis?: Learning To Play Tennis Like The Pro?s posted at The Tennis Blog | Free Information and Tips - Everything You Need to Know!!!.

Eric Gargiulo presents Inside The Wheelhouse: NLCS and ALCS Preview posted at CamelClutchBlog.com, saying, "Major League Baseball’s Final Four has been set and the remaining teams will be playing for a chance to participate in this year’s Fall Classic. These four teams, the Philadelphia Phillies, San Francisco Giants, Texas Rangers and New York Yankees are considered to be the four best teams left in Major League baseball."

Chris Talone presents First Ballot posted at The Red Zone, saying, "Pettitte deserves to be a Hall of Famer."

Matt Regaw presents NFL Week 5 Predictions: Ranking the Best Bets and All Games Against the Spread posted at Bookie Blitz, saying, "NFL Sports betting picks for week five against the spread for every game"

Jeff presents AFL Grand Final? again? posted at Come on... Seriously?, saying, "An opinionated response to the 2010 AFL Grand Final. Comment to put in your own 2 cents!"

Matt Regaw presents NFL Week Six Picks Against The Spread: Patriots Ready For Revenge Against Ravens posted at Bookie Blitz, saying, "NFL Sports Betting Picks against the spread for every game in week six with trends, odds and more!"

Matt Regaw presents NFL Odds And Ends: 5 NFL Teams That Can Make the Playoffs Despite a Bad Start posted at Bookie Blitz, saying, "Five NFL Teams That can still make the playoffs despite a losing record"

Alexander Peter presents Foam Roller Exercises For The Back posted at Foam Roller - Exercises and Stretches you can do yourself., saying, "Back aches and pains are one of the most common ailments. This article will show you how to use a foam roller to overcome some of your back pains."

Posted by Steve Patterson at 11:35 AM 0 comments

Welcome to the October 7, 2010 edition of Sports Carnival Ecstasy.This time we have some great articles with the College Football season reaching the conference games, NFL football entering week 5, and the NHL starting. NYSportsballs starts with a post on Notre Dame Football & Trick Plays. Conoon Kim has a great article for all Baltimore fans, Top 10 Baltimore Ravens Draft Picks of All Time. Morgan Schwartz presents 'My Life as a Football Widow'. And this carnival wraps up with an NFL preview from Good News Weekly. Hope you enjoy the articles, bookmark, share, tweet, and come back next time.

Matt Regaw presents NFL Predictions For Week Four: Picks Against the Spread For Every Game posted at Bookie Blitz, saying, "NFL Sports Betting Picks for Week four in the NFL. Free Sports Betting picks On every game in the NFL against the spread."

Conoon Kim presents Top 10 Baltimore Ravens Draft Picks of All Time posted at The Purple Chaos | A Baltimore Ravens blog with chaos, saying, "Many of you can guess who's number 1, but continue reading to see the other top draft picks of all time made by the Baltimore Ravens."

Morgan Schwartz presents My Life as a Football Widow posted at All Cracked Up by Vicky DeCoster, saying, ""In the beginning of our marriage, I tried to watch football with my husband." Do any other ladies know how this story ends? Vicky shares what she's learned in her life as a football widow."

Posted by Steve Patterson at 11:57 AM 2 comments