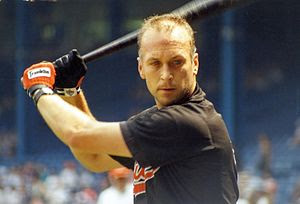 Welcome to the February 17, 2011 edition of Sports Carnival Ecstasy.This time we have 27 articles from some very good blogs. Jay Smith starts us off with the 10 Best Super Bowl Commercials of All Time. Eric Gargiulo gives us the results from the resent UFC 126 night. Jamie Shoemaker compares Chipper Jones to some of the greats. And we take a look at High School National Letter of Intent Signing day with Curtis Grant picking Ohio State by Michael. Hope you found us from a link on one of our authors site. Make sure to bookmark, share, and come back next time.

tennispro presents Tennis Drills For Kids posted at learntennisquick.com, saying, "Learn how to keep kids awake and focused during their tennis lesson. Check out these tennis drills for kids!"

tennispro presents Master The Tennis Footwork Drills posted at learntennisquick.com, saying, "Footwork is one of the most important aspect of tennis to gain control of an opponent in tennis. Read more on mastering this skill by learning the tennis footwork drills."

Eric Gargiulo presents UFC 126 Results – Silva beats Belfort in Round 1 posted at CamelClutchBlog.com, saying, "Vitor Belfort vs. Anderson Silva ended like most thought with the Spider as the big UFC 126 winner in his 8th successful title defense. Vitor Belfort was no match for Anderson Silva who dominated the challenger with a first round knockout off of a kick to the face."

Tony McBride presents The Aviva? What's that, a night club? posted at RUCK THAT, saying, "rugby"

Brian Rappe presents My Crazy Caddie Member Experience posted at Crazy Caddie, saying, "My Crazy Caddie (mycrazycaddie.com) is an exciting new online golfing community and golfers social network that is revolutionizing the member experience by stressing fun. Best of all, it’s 100% FREE to join, and My Crazy Caddie will never sell or share members information."

mrs laughton presents Top 50 Inspiring Blogs by Athletes posted at Sports Psychology Degree, saying, "One of the basics of sports psychology is being inspired. Additionally, it can help to understand how great athletes think and feel. This can provide insight into what you can do to improve your own performance. One way you can get access to the thoughts of athletes is by reading their blogs."

jpostonsports presents The $300,000,000 Man posted at sports fix, saying, "My thoughts on the Pujols saga. More on other recent sports news in my other posts feel free to check them out while you are at my blog"

Steve presents The Making of a Die-Hard Knicks Fan posted at FryingPan Sports, saying, "Its hard to be a NY Knicks fan but there are some long suffering fanactics out there."

Michael presents Curtis Grant Picks Ohio State posted at eScoutRoom, saying, "In a little bit of a surprise, the #1 linebacker in the country picked Ohio State for his college on national letter of intent signing day."

Steve presents Mock Draft of News, Notes and Rumors on Cleveland.com/DSN radio show posted at FryingPan Sports, saying, "The NFL draft is only a couple of months away."

Janet presents Super Bowl XLV: Short on Credit Card Commercials posted at Credit Cards Canada, saying, "What did we learn from Super Bowl XLV? That maybe credit cards and football don't mix -- at least not for the biggest game of the year."

Spencer Barringer presents How to Cut Weight for MMA and Jiu Jitsu in 5 Easy Steps posted at MyFightDream.

Eric Gargiulo presents Dana White celebrates Fedor’s loss on Twitter posted at CamelCluchBlog.Com, saying, "How does the president of the UFC celebrate a day in which his company shattered previous box office records by selling 55,000 tickets? Well if you are Dana White you root for Fedor Emelianenko to lose and then spend 24 hours on Twitter gloating about it." 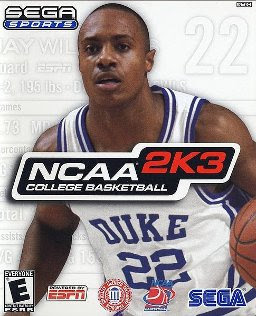 Welcome to the February 3, 2011 edition of Sports Carnival Ecstasy.

Joseph Morris presents Top 40 Blogs for Mountain Climbers posted at Online Training, saying, "Mountain climbers must be physically fit and able to tackle difficult circumstances. Mountain climbers love nature and usually take any chance they get to go climbing with friends or on their own. Getting started in this hobby that takes your physical fitness to the next level isn’t something that comes easy, but for those who conquer it, it’s an addictive activity that will make you feel invincible and keep you in stellar shape."

Jasmine Aaron presents 25 Best Sports Business Blogs You Aren?t Reading Yet posted at Masters in Sports Management, saying, "Fans can’t seem to get enough sports online, especially when it comes to sports insider news, information about business deals and even sports law and marketing. These topics are as important to regular fans as they are to sports managers. The following list of blogs includes 25 of the best sports business blogs that you may not know about yet."

Eric Gargiulo presents NCAA March Madness Miracles? New faces to stir the pot posted at CamelClutchBlog.com, saying, "Every year we see a few NCAA basketball teams come up through the rankings and try and push the usual suspects for college hoops supremacy. This year we have a few new teams throwing the proverbial hats in the ring. Are they real contenders, or just more one year wonders that will quickly fade? Only time and a now 68 team heavy tournament will tell."

Joel Jamieson presents Improve Vertical - How to Get a Higher Vertical through Diet and Nutrition posted at Improve Vertical, saying, "The often forgotten supplement to training to improve vertical jump is nutrition. It is absolutely vital when it comes to helping out your vertical jumping ability, and using nutrition and supplementing your diet is the key to both fat loss and muscle gain."

Will Green presents We Work Hard, they Pay Hard? Footballer's overpaid? Bad role models? posted at ask will online blogger help, saying, "My feelings on footballer's wages and how they react off pitch."

Steve presents Anthony Schlegel- The New Strength Coach For Buckeyes posted at BrutusReport, saying, "Anthony Schlegel returns to Ohio State after a stint in the NFL and the AFL to work with the training staff."

Michael presents College Early Enrollment Growing in Popularity posted at eScoutRoom, saying, "High School recruits continue to enter college earlier each year to get a better jump on the rest of their class."

Eric Gargiulo presents Philadelphia Eagles expected to franchise Michael Vick posted at CamelClutchBlog.com, saying, "Michael Vick can stop hunting for a part time job because he will get paid! ESPN reports that the Philadelphia Eagles will apply the franchise tag to Mike Vick. Vick will receive a modest increase of $15 million for 2011. Now if only Mark Brunell can get a similar deal for his bankruptcy relief."

Eric Gargiulo presents A Look At The 10 Best NFL Super Bowls posted at CamelClutchBlog.com, saying, "In the spirit of the big game coming up this Sunday between the AFC's Pittsburgh Steelers and the NFC's Green Bay Packers, I have decided to take us all down memory lane and look back at my top 10 best Super Bowls and look back at some other stuff that makes Super Sunday great."

Brian Rappe presents Manage Golf Tournaments & Events with My Crazy Caddie posted at Crazy Caddie, saying, "My Crazy Caddiis an exciting new social network and community for golfers that is 100% free and packed with features for players of all skill levels. Some of the most exciting aspects of this new service are the tools provided for team building and event management."

Hussein Sumar presents Financial Aid for Single Mothers posted at Financial Help for Single Mothers, saying, "One-quarter of America's children live in low-income families with a working parent. Even though various educational grants are available for low income students, their dependence has not kept pace with cost of higher education that has risen manyfolds over the past few decades..."

Posted by Steve Patterson at 11:50 AM 2 comments