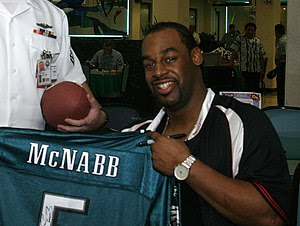 Welcome to the November 18, 2010 edition of Sports Carnival Ecstasy.We have some 18 great articles for you this time around with Michael J.Seidel starting us off. He takes a look at the Yanks contacting Cliff Lee's Agent and what it could mean for the NY Yankees next season. Eric Gargiulo thinks Andy Reid is owed an apology by Philly fans that booed him when he traded McNabb. Steve stays within the NFL and looks at another coach. This time its Wade Phillips and his less than awe inspiring time in Dallas. Finally Eric Gargiulo would like to see Fedor Emelianenko in the UFC after Brock Lesnar lost the heavy weight title. Hope you like the articles, bookmark, share, and come back next time.

Chris Jacobson presents Top 25 Bow Hunting Blogs posted at Criminal Justice Degree, saying, "With some guns offering scope ranges of hundreds of yards, can hunting still be called a sport? While the above is debatable, the subject of bowhunting, or the practice of killing game animals by archery, can prove far more difficult than modern techniques in hunting."

Leonard Gilhooley x presents Top 25 Facebook Apps for Sports Fanatics posted at Splinters from the Press Box, saying, "With these 25 facebook apps and games, you don't have to work in sports in order to enjoy all that being a sports fan has to offer."

Mark Lovell presents The Top 50 Blogs on Sports Safety posted at Medical Laboratory Technician, saying, "Whether you have been an athlete for decades or are preparing your child for their first season, sports injuries are no doubt on your mind. With the rise of the internet and blogging, you can now get an expert opinion from someone who has experienced it, treats it, or just reports on sports safety."

Matt Regaw presents NFL Picks Against the Spread: Michael Vick and The Eagles Will Prey On The Colts posted at Bookie Blitz, saying, "NFL Sports Betting Picks for week nine against the spread: NFL picks, NFL predictions, and NFL upsets all against the spread with sports betting odds and where to bet football with great bonuses."

Eric Gargiulo presents Andy Reid is Owed an Apology posted at CamelClutchBlog.com, saying, "Philadelphia Eagles fans were rocked on Easter weekend when Andy Reid traded Donovan McNabb to the Washington Redskins. Reid was immediately criticized by NFL analysts and sports writers, “You don’t trade in your division.” Seven months later it is safe to say that Andy Reid is owed a lot of apologies."

Krystal D'Costa presents Fan Identity and Team Choice posted at Anthropology in Practice, saying, "An anthropological look at the basis of team allegiance."

Matt Regaw presents NFL Week 10 Bold Picks For Every Game Against the Spread:Pats Will Stun Steelers posted at Bookie Blitz, saying, "NFL Sports betting picks and predictions against the spread for week ten. It includes football sportsbooks, latest odds, and bonuses with upsets ."

Steve presents The Cowboys fire Phillips and other failures this past week. posted at FryingPan Sports, saying, "Wade Phillips is let go by Jerry Jones after the Cowboys give up on Sunday night." 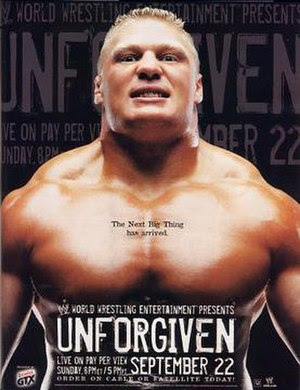 Welcome to the November 4, 2010 edition of Sports Carnival Ecstasy.This time around we have a number of great articles that made the carnival including one from Tracy Beach on 3 Things No One Saw Coming in the 2010 World Series. I didn't see the Giants sweeping Rangers. Derek Bateman has a great post for Philadelphia Eagles fans on Michael Vick starting week 9 on the NFL season after his muscle pull. Scholars & Rogues feels the NFL got it right on violent hits. And finally Yael Grauer has an interview with Urijah Faber. Hope you enjoy all the articles, bookmark, share, and come back next time.

Maureen Fitzsimmons presents Interview with a Sports Management Professional – Darren Heitner, Esq | Sports Management Degree posted at Comments on: Sports Management Average Salary, saying, "When deciding to enter the professional sports business world, understanding the challenges and steps to take is essential. This interview offers a personal account of the industry as a whole."

GrrlScientist presents Who's Your Momma? British and Irish mares made significant contribution to thoroughbred breed posted at Punctuated Equilibrium, saying, "Horseracing: This newly published study finds that thoroughbred racehorses, which originated in Europe, descended from a number of British and Irish native breed foundation mares"

Eric Gargiulo presents Taking a Look at Recent Sports Upsets posted at CamelClutchBlog.com, saying, "Last week we saw two major upsets in baseball as both the Yankees and Phillies went down in their LCS matchups to major underdogs. Both the Yanks and Phills crushed their LDS opponents."

Scholars & Rogues presents NFL gets it right on violent hits: better now than after somebody gets killed (literally) posted at Scholars and Rogues, saying, "Thanks for your consideration!"

Eric Gargiulo presents Work or Shoot? The Undertaker ? Brock Lesnar confrontation posted at CamelClutchBlog.com, saying, "The Wrestling world and MMA world are buzzing after a brief incident at UFC 121 between The Undertaker and Brock Lesnar took place on Saturday night. The moment itself last merely three seconds but caught an intense moment from the once former co-workers."

Eric Gargiulo presents Is Roy Nelson next for Brock Lesnar? posted at CamelClutchBlog.com, saying, "The good and the bad of MMA is that it is unpredictable and promoters can only do so much planning. For the first and maybe only time in the UFC the worlds have aligned for Brock Lesnar vs. Roy Nelson inside of the octagon. Even Dana White couldn’t have planned for this freak show."