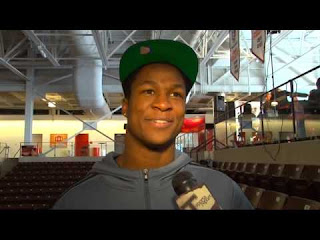 He believes the nation is overlooking him and his Falcon teammates, despite their many accomplishments. They are well-known for their impressive passing offense, and they also won the Mid-American Conference championship twice in the past three years.

According to Moore, Ohio State and Bowling Green are attempting to reload this year, but Bowling Green isn't ranked among the top 10 teams like Ohio State. He thinks his team should seize the moment and use this opportunity to make their mark.

He is very enthusiastic about playing big teams to get notability. He told The Blade what he wishes to do to Ohio State, which is "knock them off so we can get ranked".

Bowling Green already played three Power Five teams about one year ago. During a grand pre-season schedule, they took on Tennessee and lost in a tight game. However, they went on to defeat Purdue and Maryland in the Big Ten.

Ronnie Moore rushed for 248 yards and completed 22 catches in these three games. The 5-foot-9, 170 pound WR welcomes all challenges, since he is trying to overcome every team on his primary target list.

Because he is currently the only proven receiver on the Falcons, Ohio State will have him in their sights quite often. Nevertheless, he encourages his younger teammates to play hard so they can defeat top-ranked teams together.

Many fans are wondering how he is going to achieve this goal without Roger Lewis and Gehrig Deiter. These two players were definitely an asset, but he believes the Falcons can excel even though they have much to prove.

Posted by Steve Patterson at 11:56 AM 0 comments

If At First You Don't Succeed, Try Jent Again

It was reported earlier by Mark Titus that the clear replacement for Jeff Boals would be Chris Jent. The assistant coach spot is a very important one and Chris Jent is a perfect choice to help Thad Motta and company get back on track. He already knows the system and will be a great second-in-command again, and this helps get Jent back to a team that has a strong pedigree with winning in it's history.

Jent was last on the Ohio State staff from 2011-2013, and ran the offense very efficiently. His offense boasted 73 points per game and a 47% shooting from the field. When he left the teams numbers dropped 2 points and 2 percentage in made shots. It was a tough loss for the Buckeyes when he left for the NBA.

He had a tough go of things though when he came onto the Sacramento Kings staff. Through no fault of his own the Kings coach was let go after Jent's second season there. This too was Jent's early curtain call with the Kings. Jent then found himself looking for work, and he landed on the Bakersfield Jam as the head coach last year.

Jent has already had quite a storied career. He has been a part of great teams like the Cleveland Cavaliers, where he was a favorite on the staff of "The King" Lebron James, the Orlando Magic with Dirk Nowitzki, and the Philadelphia 76s. Before that, he played in several different basketball leagues which includes the CBA, USBL, the International league, and the NBA where he won a championship with the Rockets in 1994.

Jent is an Ohio State alumni who had pretty good numbers during his career there. Over his four years he averaged 8.2 points per game, 3.9 rebounds, 1.7 assists, and a 41percent shooting from the field. He was a part of three NCAA tournaments and won back-to-back Big 10 conference titles.

He is a breath of fresh air for the coaching staff and players at Ohio State, and can be the rejuvenation of the whole program if things get rolling with the team.

For more team info sign up for the Ohio State Buckeyes FREE newsletter.

Earnings Of Ohio State Players In The NFL 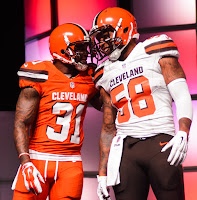 The Ohio state University has no shortage of players in the National Football League (NFL); in fact, there are currently 69 former Buckeyes playing on football's largest stage. of these 69, 51 are currently active on a team roster, while the remaining 18 have either been released or are virtually retired but have not made it official. Nose tackle Ryan Pickett, for example, is not on any NFL team but due to various contractual reasons he is not listed as retired. Other notably, inactive former Buckeyes who have earned substantial amounts during their NFL careers include wide receiver Santonio Holmes (#5), guard Rob Sims (#11) and safety Will Allen (#13).

All in all, the 69 Ohio State players in the NFL have earned a collective $463.6 million, but some players have put much more money in the bank than others. According to Spotrac, which tracks earning for NFL players, the top earner from The Ohio State University is Donte Whitner, a safety for the Cleveland Browns.

Whitner has already earned over $61 million during his nine-year NFL career. Pickett is listed at No. 2 with a total of $45.62 million in career NFL earnings, and New York Jets center Nick Mangold places third with a total of $39.58 million.
One of the 15 Buckeyes who entered the NFL last year made the top-20 cut in terms of salary earned. New York Jets wide receiver Devin Smith placed 20th after his rookie season, earning slightly more than $3 million. As per Spotrac, however, these 15 league newcomers are expected to earn a cumulative $111 million when their initial rookie contracts end. 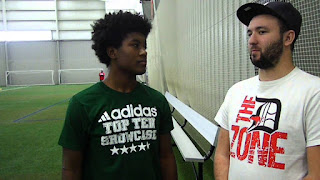 Although his high school is extremely close to Michigan Stadium in Ann arbor, this 3-star LB has committed to play football with the Buckeyes. Apparently, Simmons isn't worried about traveling the longer distance to Ohio.  He also wasn't influenced by the fact that he attends the  same high school that Michigan's coach attended.

Antjuan Simmons received 40 scholarship offers per 247Sports, and this includes offers from colleges in close proximity such as Michigan State and Michigan.  He also has received offers from Penn State, Tennessee, Notre Dame, Texas A&M, Oregon and UCLA.  This is a long list of prestigious colleges that are known for their prized football programs.

He is rated the 27th best high school linebacker in the nation and the 11th best player in Michigan per 247Sports.  These stats probably won't stay the same because of the numerous offers he has received.  Unfortunately, this tends to change the way players are rated by recruitment websites.

Antjuan Simmons is the 12th high school football player to commit to the Ohio State Buckeyes from the class of 2017.  This list includes two 5-star recruits, and it has a ranking of number one per 247Sports.

However, Antjuan Simmons is the first linebacker from the 2017 class that has made a commitment to the Ohio State University Buckeyes football team.  But the school is quickly recruiting plenty of talent from this 2017 class, which means there will be more recruits.