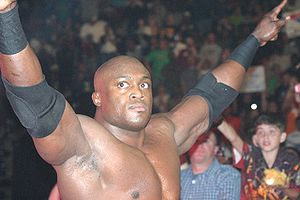 Welcome to the February 15, 2012 edition of Sports Carnival Ecstasy.In this edition we start with Tom Hofmann who looks over the situation between Lebron and Perkins. Jonny has 10 of the Most Dangerous Sports. Was Super Bowl XLVI was Awesome? Hampi Express thinks so. And finally Eric Gargiulo reports that Bobby Lashley is In Talks To Fight Fedor Emelianenko. Hope you enjoy the articles, bookmark, share, tweet, like on Facebook and come back soon.

Tom Hofmann presents PERK VS. LEBUM posted at followmylead13, saying, "Something I put together over the situation between Lebron and Perkins."

Jonny presents 10 of the Most Dangerous Sports posted at Smart blog, saying, "In this post I decided to put a list together of 10 of the most dangerous sports, and the reasons why.
I wish you all the best for the future."

Eric Gargiulo presents NFL Super Bowl XLVI Predictions & Preview – Inside The Wheelhouse posted at CamelCluchBlog.Com, saying, "The final game of the 2011-2012 NFL season is finally upon us as Super Bowl 46 is finally here. The two teams, the NFC Champion New York Football Giants and the AFC Champion New England Patriots meet again for the 2nd time in 5 years."

Eric Gargiulo presents Bobby Lashley In Talks To Fight Fedor Emelianenko posted at CamelCluchBlog.Com, saying, "Former WWE star Bobby Lashley is reportedly in talks to fight The Last Emperor, Fedor Emelianenko. This would undoubtedly be the biggest test for the former wrestle-maniac turned MMA fighter since making his debut in 2008."

Posted by Steve Patterson at 7:28 PM