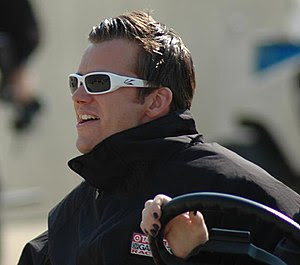 Welcome to the April 3, 2012 edition of Sports Carnival Ecstasy.In this edition we have the 16 Qualities every great sports agent has by Diana Clerk. Gordan Smith lists 30 Awesome Pro Sports Rumor Blogs. A look at Hits to the Head in Sports by Super Save. And finally, MaryLou Walston has 10 Racing Crashes that Changed Car Safety for the Better. Hope you enjoy the articles, bookmark, share, tweet, like on Facebook and come back real soon.

Tracy Miller presents 10 Athletes Who Died Playing Their Sport posted at Insurance Quotes Blog, saying, "Even after death, the best athletes live on in ways they might not have imagined."

Diana Clerk presents 16 Qualities Every Truly Great Sports Agent Has posted at Sports Management Degrees, saying, "Professional careers in most sports are short, and an athlete must be able to count on you to make as much money as possible."

Roxanne McAnn presents 8 Ways to Get Your Girlfriend into March Madness posted at The Best Colleges.

Jonny presents Smart Blog: 10 of the Most Dangerous Sports posted at Smart blog.

azwar presents Watch NBA Games Online: No Subscription Required posted at Blog It to the World.

Chelsea Prescotti presents 10 Athletes Who Died Playing Their Sport posted at Insurance Quotes Blog, saying, "Even after death, the best athletes live on in ways they might not have imagined. Sometimes it's as a symbol of inspiration for their communities, or through charitable giving facilitated through foundations created in their name. Below is a list of 10 athletes who died while playing their respective sport. One recurring quality among most of the 10 named is one of selflessness toward their teammates and fans, and that quality is manifested in their legacies."

FitBuff presents Stretches for Lower Back Pain - Tampa Chiropractor posted at Tampa Chiropractor, saying, "Lower back pain is one of the most common complaints people have when visiting a hospital or seeking alternative treatment and for extreme sports enthusiasts, things are only exacerbated by all the bumps and bruises. Surgery should only be considered as an absolute last resort as this Tampa chiropractor knows, so try some of these natural stretches and exercises at home first..."

Bill Smith presents Top 3 Football Cards of 2012 NFL Draft « FryingPanSports posted at FryingPan Sports, saying, "The 2012 NFL draft is sure to be one of the best rookie classes in a long time."

Super Saver presents Hits to the Head in Sports posted at My Wealth Builder, saying, "The article "Brain bank examines athletes's hard hits" caused me to think about my own "hard hit" experiences in football."

MaryLou Walston presents 10 Racing Crashes that Changed Car Safety for the Better posted at Car Insurance Blog News, Tips, and Quotes, saying, "The recent passing of Dan Wheldon was a tragic blow to the racing community. A two-time Indianapolis 500 champion, the 33-year-old was in the midst of a distinguished career, and more importantly, fatherhood — his first son was born in February 2009 and his second was born last March. The devastating event at Las Vegas Motor Speedway illustrates the importance of safety testing and innovation, which are necessary to save lives in one of the world's most dangerous sports. The following unfortunate racing crashes caused the powers that be to take action and change the sport for the better, implementing new procedures to reduce the chances of another tragedy occurring."

Posted by Steve Patterson at 5:01 PM