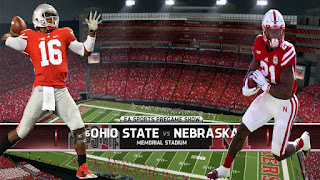 Ohio State football team was famous due to its highly offensive mode of playing. The teams attacking display was so good such that there was little to worry when it came to their defense. Game statistics show just how superior Ohio State was against their opponents Nebraska.
Going by the statistics, this week's success rate of was the second best since the year 2014. The efficiency of the side's game play is further reinforced by the eight touchdowns made against their opponents.
One of the key team players is J.T Barrett who made a remarkable five touchdowns at a completion rate of 82 percent. The player also has a 72 percent completion rate having successfully made 99 out of a possible 137 passes. However, Penn states defense is the best they will have to face this season.
However, the Chaos week 2017 shows that keeping up a solid performance for a full season can be a daunting task.
It is common for a weak defense to frustrate an offensive-minded team, this is evidenced by the fact that four top teams suffered losses in week 7.
The entire game play of Ohio state has witnessed a few improvements due to more emphasis on build-up play. This fact is supported by J.T.'s increased attempts to throw risky passes. Barrett's performance against Nebraska saw him achieve a 76 percent success rate in passing as well as a mind-boggling 27 percent explosive rate.
Another key player has been Dobbins who is famous for his explosive runs. Despite the fact that he managed only a dozen carries a game since they played against Indiana, he still ranks number 15 in the yards per game attribute.
Ohio State vs. Nebraska| Highlights | FOX COLLEGE FOOTBALL
Posted by Steve Patterson at 12:57 PM