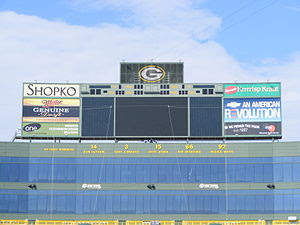 Welcome to the July 7, 2011 edition of Sports Carnival Ecstasy.In this edition we have 18 posts from some of the best sports blogs on the Internet. MattD starts off with a look at Atlanta Falcons quarterback Matt Ryan as we all wait for camp to start. Eric Gargiulo has some great articles including a look Previous champions who are contenders to win Super Bowl XLVI. Finally Steve has an article from the Ohio State drama in Eddie Rife Pleads Guilty to Selling Marijuana and Laundering Money. Hope you enjoy the articles, bookmark, share, tweet, and come back soon.

Steve presents Benefits of Training: 100 Day Marathon Plan posted at FryingPan Sports, saying, "There are a number of different ways to train for a marathon. Read about the different proven methods before your select one you feel is best."

Jody Sampson presents Rihanna and Chris Brown- Sexting on Twitter? posted at Concert Tickets | Sports Tickets | Broadway Tickets | Opera Tickets | Vegas Shows, saying, "In 2009, when the incident between Chris Brown and Rihanna went extremely public and the media flooded with images of Rihanna’s bruised and bloody face—would you believe me if I told you there were communicating again? To find tickets for LOUD when Rihanna is in a city near you, visit Dynamic Tickets today!."

presents How To Run A Marathon In 4 Weeks posted at The 2nd Wind, saying, "Humorous account of attempting to run a marathon with only 4 weeks of training. Checking off bucket list goals leads to some crazy ideas!"

Ken presents If You Fail to Prepare, You Prepare to Fail…Warming Up Explained posted at Unstoppable Strength, saying, "Not having the proper warm-up can ruin your workout. Find out what methods the country's best strength coaches use to prepare average Joes & Professional Athletes for an injury-free workout with maximum results!!!"

Eric Gargiulo presents Previous champions who are contenders to win Super Bowl XLVI posted at CamelCluchBlog.Com, saying, "Last year's champs, the Green Bay Packers shocked the NFL betting world and won their 1st Super Bowl Championship under their new regime. But can they go on and repeat?"

Michael presents Ohio State Camp Draws Important 2012 Recruits posted at eScoutRoom, saying, "Ohio State continues to have success in recruiting even-though their famous coach had to resign during the off-season."

Joe presents AGAINST THE GRAIN posted at NFC NORTH AFTERHOURS.

Eric Gargiulo presents The Useless & Bogus NFL Top 100 Players List posted at CamelCluchBlog.Com, saying, "Honestly, I would like to know which players actually vote as hardly anyone knows of any. that did. Ryan Clark of the Steelers said on Twitter he had no knowledge of any one who voted."

Steve presents Golf’s Rory McIlroy’s Success Includes Strength of Character | FryingPanSports | Other posted at FryingPan Sports, saying, "Rory McIlroy had a great US Open and looks to be the young golf stud the PGA has been searching for since Tiger Woods ran into personal issues."

Eric Gargiulo presents Brett Rogers Charged With 3rd Degree Assault posted at CamelCluchBlog.Com, saying, "Strikeforce heavyweight Brett Rogers is used to giving guys black eyes, but today he has given the entire sport of MMA a big one. Rogers was arrested and charged with 3rd degree assault of his wife according to a Minnesota report."

Posted by Steve Patterson at 8:03 PM