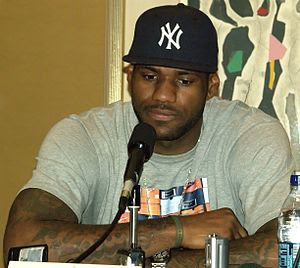 Welcome to the June 24, 2011 edition of Sports Carnival Ecstasy.This time in the blog carnival we have some really good articles including Jim A taking a look at the Bruins win and rioting in Canada. Steve has a couple of posts including 'If You Were Lebron James, How Would You Feel?' dealing with his post-game press conference when Miami lost the finals series and Cleveland celebrated. And a comparison of the The NFL Draft to The NBA Draft. Since article since we will all be watching the NBA draft tonight. Finally we have the Top 5 New England Patriots of All Time from Michael at eScoutRoom.com. Hope you enjoy the material, bookmark, share, tweet and come back next time.

Formula1 presents My Take on The Canadian Grand Prix posted at Me, Myself and I.

KAZBullet presents What I’m Watching: Thor, LeBron, and the story behind the story posted at Bullet's Brain, saying, "LeBron's playoff journey, and what it means, is a challenge to our own lives."

Steve presents If You Were Lebron James ? How Would You Feel posted at FryingPan Sports, saying, "Lebron James is widely blamed for two Miami losses to Dallas in Texas this past week. Is it fair to hold him accountable for fourth quarter failings?"

Jimson Lee presents Strength and Jumping… What you Need to Know! posted at Speedendurance.com, saying, "For top performance: "do you need to be strong or are plyometrics enough?" Find out here."

Steve presents The NFL Draft VS The NBA Draft posted at FryingPan Sports, saying, "With the NBA draft quickly approaching, it is a good time to compare the NFL draft to the NBA draft."

Anthony Mannino presents Note to Bradley: Go Down Swinging posted at The USA 10 Kit, saying, "Our site does not fite any of your categories, but I thought I would send our info to see if you were interested in adding soccer info"

Steve presents Terrelle Pryor Leaves Ohio State Early posted at BrutusReport, saying, "Terrelle Pryor leaves Columbus before the NCAA has a chance to penalize him more for additional violations during his time with the Buckeyes."

Michael presents Ohio State Picks up Recruit Tyvis Powell in the Midst of Coach and Quarterback Exodus posted at eScoutRoom, saying, "Loyalty is on display by Tyvis Powell as he commits to Ohio State even after coach Jim Tressel resigns."

Michael presents Top 5 New England Patriots of All Time posted at eScoutRoom, saying, "New England has become a dynasty over the past ten years in the NFL with the assistance of some really good players."

Michelle presents How much protein should you take when weight training? posted at Weight Training, saying, "Don't let your body break down! But don't overdo it either."

Posted by Steve Patterson at 12:02 PM