2 of the Greatest Ever Female Pool Players

Once ranked as the best female pool player in the world, Alison Fisher has only recently had her top spot challenged by some world class Asian players appearing on the scene. She has been known on the snooker and pool scene by many different nick names, some of which include “Dutchess of Doom”, “Fisher Queen” and “the Barracuda”. Alison, who is said to have been very competitive from a very young age, picked up her first cue at the age of seven after watching snooker on the TV with her dad and asking for a table for christmas. Having access to her own table every day ultimately led to her playing every spare minute of every day and challenging anyone who walked through the door. Alison sacrificed a lot in her childhood, such as going out with friends on weekends and parties, to become the women and the player she is today.

As you can imagine someone with such passion and dedication for the sport did very well during her snooker and pool career. By her mid twenties she had beaten every other women on the snooker scene and she become the worlds number 1 snooker player. At the age of 27 she dropped her family, life at home and headed of over the Atlantic to learn and master the game we know her so well for today, Pool. After she started playing in American leagues and tournaments she very quickly became a household name, ranked number one yet again and winning 80 national titles and 11 world titles. 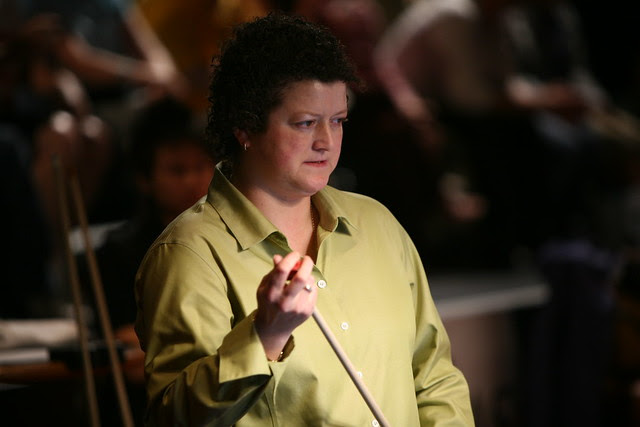 Currently ranked the number 1 pool player in Ireland, number 4 in America and number 11 in the world this strong willed, determined and passionate farm girl and pool / snooker player is not one to put your money on the table against, should you come across her in your local.

Compared to Alison Fisher, Julie was a late starter and first started playing snooker with her dad at the age of 15. Ever since she first picked up that cue it became very clear that she had a natural talent for the sport and this was quickly recognised, resulting in her competing, part-time, in the English women's circuit for seven years. During this time Julie also represented her own home country, Ireland and reached her highest ranking of number 7.

Regarded as one of the best female snooker players to ever come out of Ireland, she has won seven Irish titles, won the world plate snooker championships and finished top in other world events, in England.

It was Early 1998 when Julie headed of around the world, taking part in snooker exhibitions, only after arriving in America and checking out the pool scene she ended up staying there and competing in American pool tournaments and leagues. In 2000, one of her best years after she qualified for the world championships and won the World Ladies 9-ball Championship in Quebec, Canada, in the same year. She went on for several years to win other big titles, earning her a number 3 ranking in 2005, her highest ranking to date.

This article was produced on behalf of pool table suppliers, Home Leisure Direct - whether you're looking for English or American pool tables then check out Home Leisure's extensive catalogue of specialist home sports equipment.

Posted by Steve Patterson at 7:21 AM