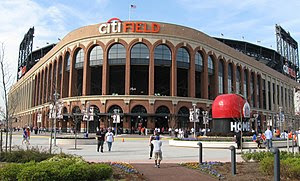 Welcome to the September 15, 2011 edition of Sports Carnival Ecstasy. We have some of the best articles in the history of the carnival, in my opinion. Engelbert Hudson starts us off with The Top 25 Wealthiest Pro Athletes of All Time. And the 10 College Football Storylines to Watch in 2011 is a nice piece from Lisa Hood. Katie Gilbert presents the 10 Worst MVP Snubs in Baseball History. And another good one but not the last is Steve's look at The NFL and why it is stupid to enforce the NCAA’s inconsistent suspensions. Hope you enjoy the material, bookmark, tweet, like on Facebook, and come back real soon.

Engelbert Hudson presents The Top 25 Wealthiest Pro Athletes of All Time posted at Masters in Sports Administration, saying, "From clothing lines to endorsements to energy drinks and more, pro athletes often have money coming in aside from their salary. To help give you a better understanding of the kind of cash they bring in, these are twenty five of the wealthiest pro athletes of all time and what is in their bank account."

Sue Waters presents 10 Events Every Motorhead Should Experience posted at Car Insurance Blog News, Tips, and Quotes, saying, "If you're a college football fan, experiencing venues such as the Rose Bowl, Notre Dame Stadium and Death Valley (either one) are undoubtedly on your bucket list."

Lisa Hood presents 10 Football Programs That Could Benefit From Conference Realignment posted at ZenCollegeLife, saying, "The impending move of Texas A&M to the SEC ushers the captivating conference expansion saga into its second year."

Michael Donelly presents The Fastest Way to a Six-Pack Stomach posted at www.anotherway.org, saying, "Read this if: You have tried a million stomach crunches but still cannot see your abs.
Slim and muscular men and women are a “walking temptation” showing off their sculpted bodies in bathing suits and other revealing summer outfits. This stirs our primal instincts deep under our sophistication and intellectual aspirations. It’s said that “Men love with their eyes, women love with their ears”."

Katie Hellerman presents 30 Unique Career Paths With a Sports Management Degree posted at Masters in Sports Management, saying, "Working in sports allows for a number of opportunities to meet interesting and famous people. You may think it is difficult to get a start in this field, but there are a number a great jobs available with a sports management degree. These are thirty different paths you can take with this degree and offer some options that you may not have known about."

Katie Gilbert presents 10 Worst MVP Snubs in Baseball History posted at Best Online Colleges.com, saying, "As long as humans determine the MVP award — and humans (fans) in turn judge those selections — there will always be disagreement over whether or not the selection was correct."

Scholars & Rogues presents Watson's Walk posted at Scholars and Rogues, saying, "Thanks in advance for considering our post for your blog carnival!"

Steve presents The devil of the new NFL CBA is in the details for retired players posted at FryingPan Sports, saying, "The new CBA contains a provision that on its face appears to be of benefit to some retired NFL players receiving Total and Permanent disability benefits under the Bert Bell/Pete Rozelle NFL Player Retirement Plan."

Monkeysuit presents Cam Newton was Impressive in First NFL Start posted at The Great Monkey Suit, saying, "Cam Newton had a record setting NFL debut. He was eventually let down by his defense and special teams but held his own under center with an impressive first week."

Posted by Steve Patterson at 8:09 PM